For all of us, the Great Patriotic War is history. Every self-respecting person should know it, because it is the history of our homeland, our loved ones and our families.

The war ruthlessly invaded our childhood, crippled our youth, threw the elderly into despair. Many of them fought on the fronts of the Great Patriotic War. Only women, children and the elderly were left behind. They worked in factories, dug trenches, built defences, extinguished incendiary bombs on roofs to save their homes from fire. Tens of thousands of women, young people and the elderly stood at machineries, mastered tractors, combines and cars to replace the husbands, fathers and sons who had gone to the front. The motto of the whole country was: “Everything for the front, everything for victory”.

May 6, 2021 lecturers of the “Higher Mathematics” department Shegebayeva G.E. and Mergembayeva A.Zh. held a seminar dedicated to the Victory Day. The seminar was held remotely. Students of groups LOG-20-2, LOG-20-2s, TT-20-2, as well as the faculty of the Faculty of Transport and Road Construction, with a total number of 35 people took part in the event. The event was held according to the prepared scenario, according to which the students presented reports of 3-5 minutes in length.

Tilek Yegimbaev and Vera Shmidt recited poems about Victory Day, with the aim of educating students about the grateful memory of ordinary Soviet people who defeated fascism and the feeling of pride for their country:

We greet Victory Day.
It comes in the colours of the banners.
All the heroes today
We name by name
We know that it’s not easy
It came to us, Victory Day.
It’s a day that was won by
Our fathers, our grandfathers.
And that’s why today
They’re wearing orders.

Beisekeyeva Asem presented a report on “Heroes of Kazakhstan in the Great Patriotic War”. During the war 500 Kazakhs became Heroes of the Soviet Union, more than 100 holders of the Order of Glory four of them were awarded twice the title of Hero of the Soviet Union. Talgat Begeldinov, Leonid Beda, Ivan Pavlov and Sergei Lugansky. Lieutenant Rakhimzhan Koshkarbayev, together with Grigory Bulatov from Russia, were the first to place the red flag on the Reichstag front.  Not only Kazakhstan remembers the feat of Panfilov’s movement soldiers. Legendary words of political patrolman Klochkov: “Russia is big, but there is no place to retreat to – Moscow is behind us!” went down in history. Soldiers of battalion commanded by lieutenant Bauyrzhan Momyshuly showed heroism during the battle near Moscow.

The largest battles and events of the Great Patriotic War, which became a turning point in those harsh years of war, were the defence of Moscow, the Siege of Leningrad, the Battle of Stalingrad, the Kursk Bulge and the storming of Berlin.

Vassiliyeva Victoria prepared information and spoke about medals and orders of the Great Patriotic War. According to the statute, the order was awarded to officers of the Red Army for brave and successful attack on the enemy and causing a major defeat with little loss to their troops for successfully accomplishing a combat mission.

At the end of the event patriotic songs were sung to the audience’s attention in order to reveal the theme. The songs were the lifeblood of that war and should be an inseparable part of our remembrance of the war.

Let there be only a glowing memory to those heroes who gave their lives for the sake of our peaceful skies. 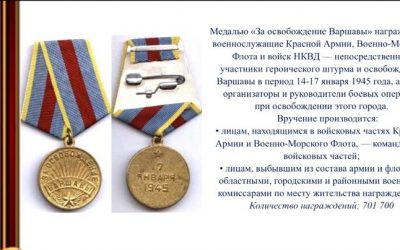 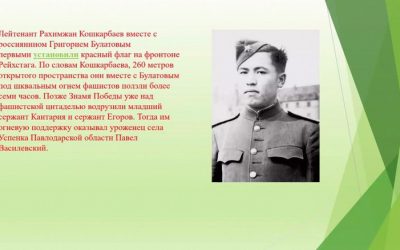 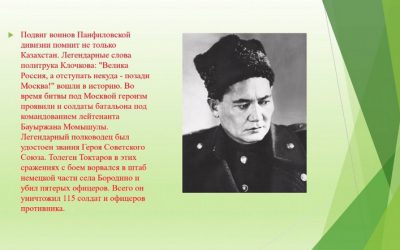 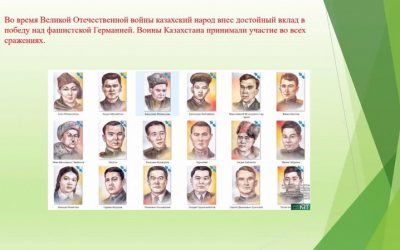 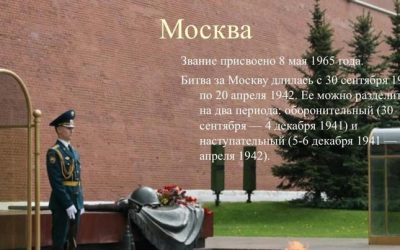 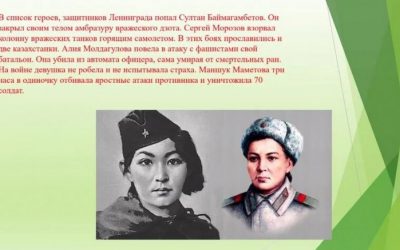 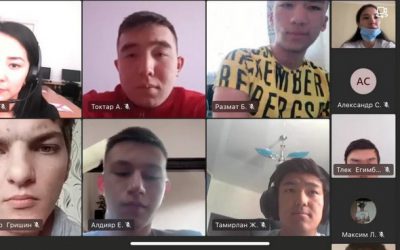