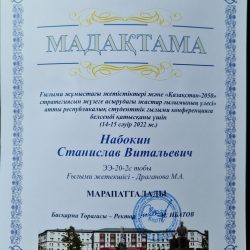 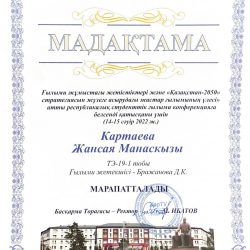 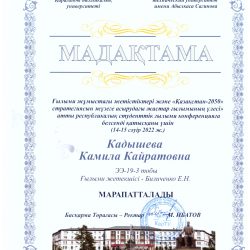 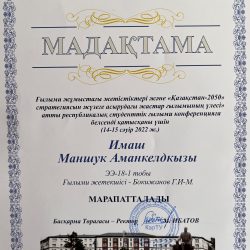 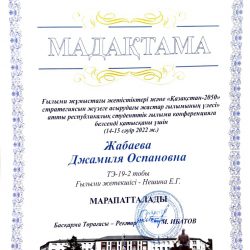 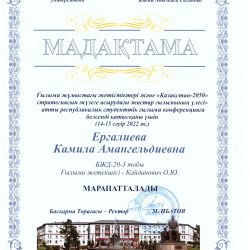 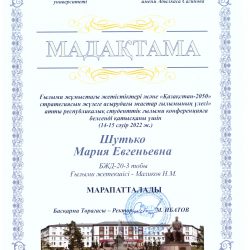 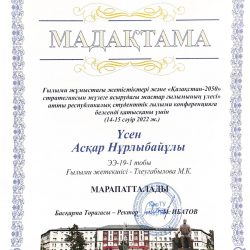 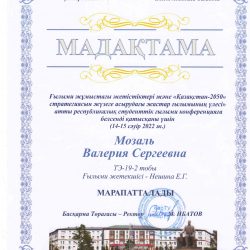 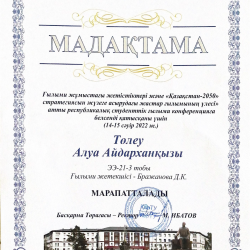 Following the results of the Republican student scientific online conference “The contribution of youth science to the implementation of the Strategy” Kazakhstan 2050 “held on April 8-9, 2021, the following students and undergraduates were awarded: 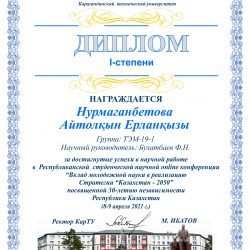 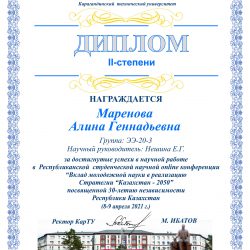 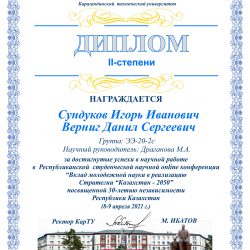 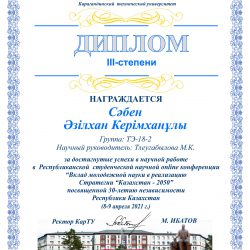 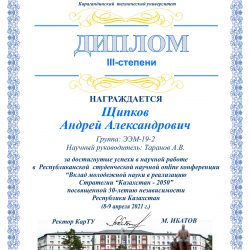 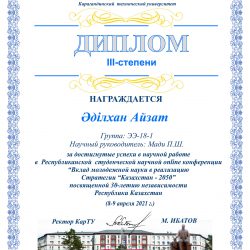 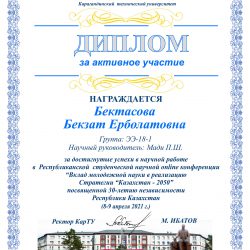 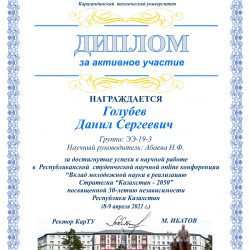 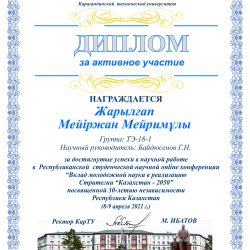 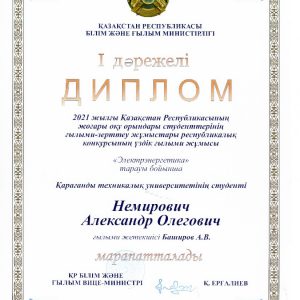 TEMPUS program actual perpetrator – Tatkeeva GG, Kyzyrov KB Project Coordinator Portnov VS, the program is designed syllabus for one of the disciplines of a specialty “Automation and Control”.

There are agreements on cooperation in the field of training, exchange of experience, an additional agreement on the development and implementation of a joint master’s program with Tomsk Polytechnic University, Pavlodar State University. S.Toraygyrov. Trained under this program two undergraduates: KA Fedorova Suleimenova and NS, two students: Syrymbet E., I. Gumarov

Prof. GG Tatkeeva Faculty training was held in Novosibirsk GTU program “Computer presentation in the learning process, from design to the pedagogical use.”

Prof. GG Tatkeeva had an internship at the Institute of High Technology, National Research Tomsk Polytechnic University in “Energy beam-plasma and the electric technology.”

The department operates the following clubs:

1) The monitoring and control of power. Involvement of students: 11

The diploma of I degree of competition projects of the company “Chevron” for energy efficiency in lighting – “Automated energy saving system of good governance electric light”, the head Tatkeeva GG

Developed a working model “model steam cogeneration turbine.” The project was implemented and applied in the educational process. Together with the Department of TCC in Innovation and Youth Centre (202 aud. IV Training. Housing) are working on the creation of innovative laboratory stands for the implementation of the learning process.

The department has three cooperation agreements with leading companies and universities:

2) The cooperation agreement (from 13.04.2010g) with JSC Karaganda plant of electrical equipment (KZELTO);

Cooperation agreement with Pavlodar University in the field of training, exchange of experience and research work. Work under this contract is scheduled and is currently coordinated.