A series of intellectual games “Ziyatker” was held at Karaganda Technical University. The organizer was the KTU youth association “Zhas Orda”.  Within a month, 16 teams of participants identified the most erudite and creative students of the technical university. 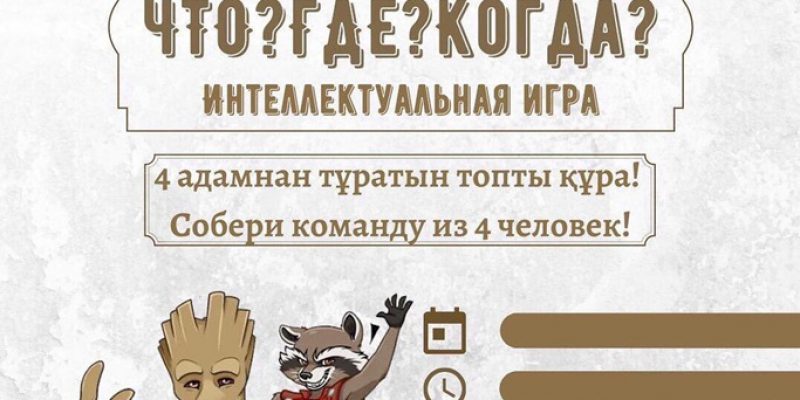 This time the competition was held online. So, the first stage involved answering questions in live broadcast. Within 15 seconds it was necessary to discuss possible options and to give the correct answer. Questions were related to significant events in the history of Kazakhstan and Karaganda Technical University. The participants with the highest number of points moved to the second round of the intellectual game “Ziyatker”. At this stage, the remaining 11 teams solved already a special cipher. The outsiders of the competition were three groups of participants, the rest went to try their luck in the third stage of the intellectual game called “100 to 1”. The originality of this task was that it was necessary to guess the most common answers to the proposed questions. As a result, only 6 teams entered the final stage called “Brain Slaughter”.

According to the results of the intellectual competition, the team “Lemnikasta” of the Innovative Technologies Faculty of KTU scored the highest number of points. The second place was taken by the team “Daryn” of the Power Engineering, Automation and Telecommunications Faculty. The honorable third place was taken by representatives of the mechanical Engineering Faculty, the “Singularity” team.

The winners will receive special certificates of the intellectual game “Ziyatker”.