On December 25, 2020, the Karaganda Technical University organized an online Regional Round Table “Harmony of Greatness and Modesty” dedicated to the 105th anniversary of the twice laureate of the State Prize, Hero of Socialist Labour, Academic of the National Academy of Sciences of the Republic of Kazakhstan, Doctor of Technical Sciences, Professor Saginov A. S. 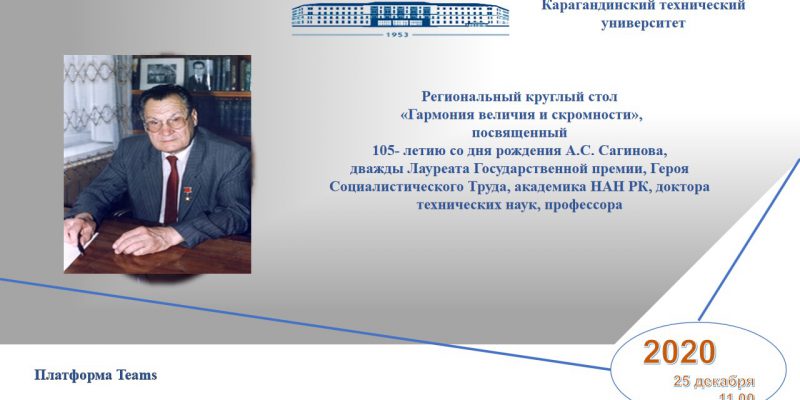 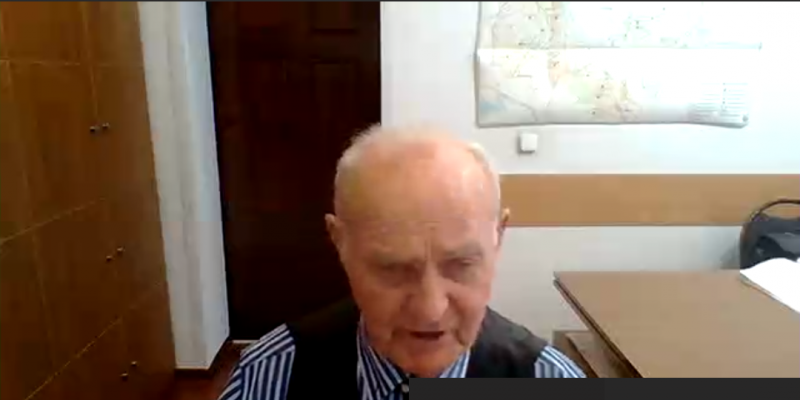 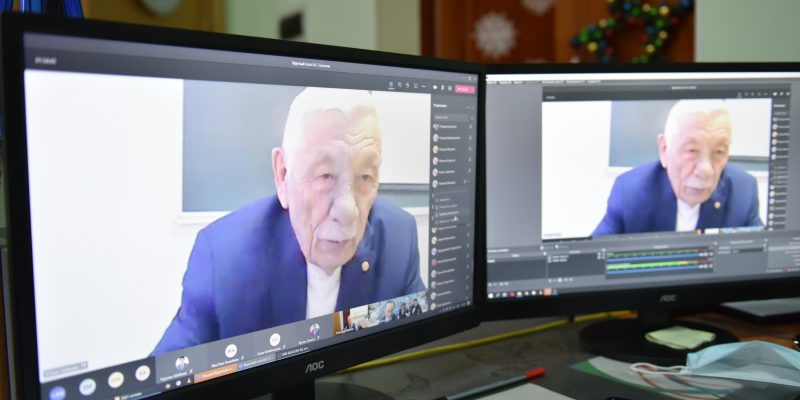 Abylkas Saginovich Saginov headed the Karaganda Polytechnic Institute for 33 years and he is one of the outstanding scientists of our country. Only two of more than 870 rectors in the Soviet Union were awarded the high title of Hero of Socialist Labour. One of them is our Abeke. Everyone who knew Abylkas Saginovich pay tribute to his memory, saluting his merits as the organizer of higher technical education in Central Kazakhstan, a participant in the formation and development of the Karaganda coal basin, of Karaganda city, educator and mentor of numerous students, who made an invaluable contribution to the training of highly qualified engineering staff.

During the leadership of Saginov A.S. Karaganda Polytechnic Institute (now – Karaganda Technical University) turned into a real forge of engineering personnel for the whole of Kazakhstan. Many tens of thousands of engineers graduated, who now work not only in our republic, but also in the CIS countries and far abroad.

The round table was attended by associates of Saginov A.S.: mining scientists of the department of “Development of mineral deposits” of the Karaganda Technical University, named after Saginov A.S. – Drizhd N.A., twice laureate of State Prizes, Doctor of Technical Sciences, Professor of the Department of Development of mineral deposits, Chairman of the Ethics Council of KTU; Professors Issabek T.K., Arystan I.D., Demin V.F., veterans of the coal industry – Baimukhametov S.K., Present G.M., Steflyuk Yu.M.;   Heads of Research Institute – Alimbaev A.A., Doctor of Economics, Professor, Director of the Institute of Regional Development; Adekenov S.M., Chairman of the Board of JSC “International Scientific and Production Holding” Phytochemistry”, laureate of the State Prize, Academic of the National Academy of Sciences of the Republic of Kazakhstan, Doctor of Chemical Sciences, Professor Khasen B.P., Director of the Institute for the Study of Complex Mineral Development; grandson of Abylkas Saginovich – Askar Saginov; teachers, doctoral students, undergraduates and students of KTU.