At the Almaty University of Energy and Communications named after G. Daukeyev hosted the International student online competition “The best reader of the epic novel by M. Auezov “The Way of Abai”, which was attended by students from Kazakhstan, Uzbekistan, Russia (An article on this competition was published in the newspaper “Almaty aqshamy” No. 31 (6007) of 18.03.2021). This competition was attended by students of Karaganda Technical University-Kirill Akimov, Kamila Tuleuova, as well as a 2nd-year master’s student Aidarbekova Kaken. All three participants were prepared for the competition by Candidate of Philological Sciences, associate Professor of the Department of “Kazakh Language and Culture” Khamzina Karlygash Mauenovna. According to the results of the competition, Aidarbekova Kaken was awarded a diploma of the 1st degree and a certificate in the amount of 35 thousand tenge. Kirill Akimov and Kamila Tuleuova were awarded certificates of participation in this competition. For her leadership and training, Khamzina K. M. was awarded a letter of thanks from the Rector of the Almaty University of Power Engineering and Telecommunications named after G. Daukeyev. 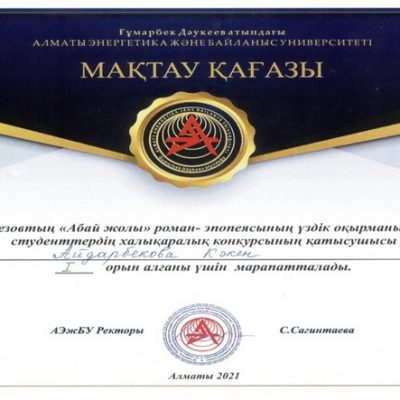 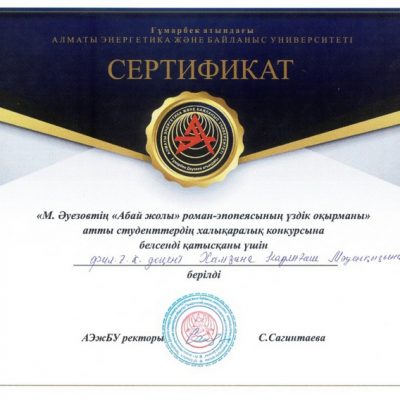 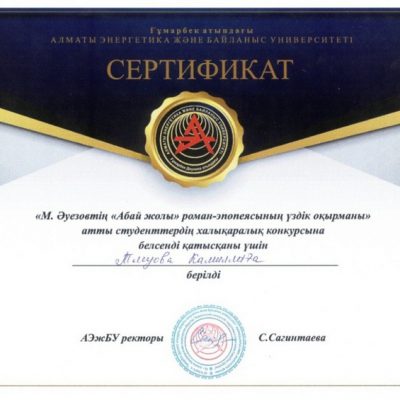 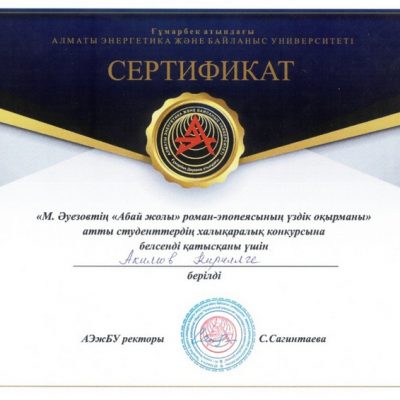