On March 20th-21st, 2021, for the 30th anniversary of the Independence of the Republic of Kazakhstan, a republican debate tournament was held on the topic «Сапалы білім – саналы ұрпақ» among students of universities in Kazakhstan in an online format on Google meet. Main organizers were the head of the department “Kazakh language and culture” of the Karaganda Technical University              K.S. Kalybekova,  curators K.M. Khamzina, M.T. Ospangalieva, G.K. Sagatova,     L.M. Kuleimenova, and senior teacher K.K. Nurzhanova.

Goals and objectives of the event:

– expanding the understanding of young people about good deeds and significant events, trends in the patriotic education of future specialists;

– to educate students’ qualities of objectivity, eloquence, adherence to principles while participating in a dialogue in a bilateral position;

– the formation of an active civic participation among the youth of Kazakhstan.

In accordance with the decisions of the discussion judges, victorious teams were awarded with diplomas of I, II, III degrees, “The best speaker” and “The best judge”. The rest of participants were awarded with the letters of commendation and cash prizes by the executive director of KTU, A.Z. Issagulov. 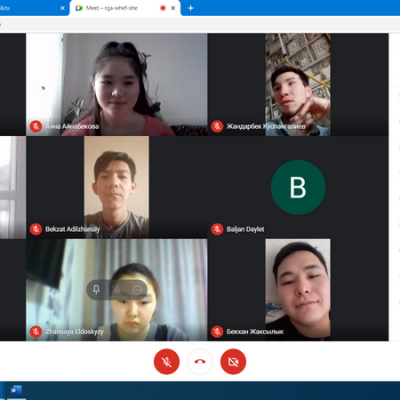 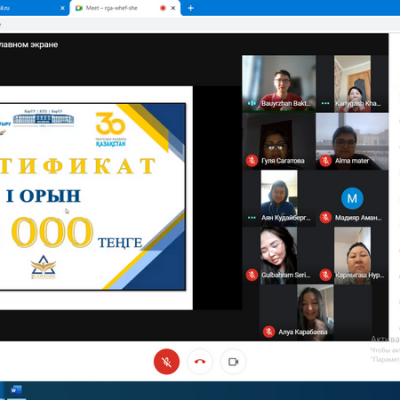 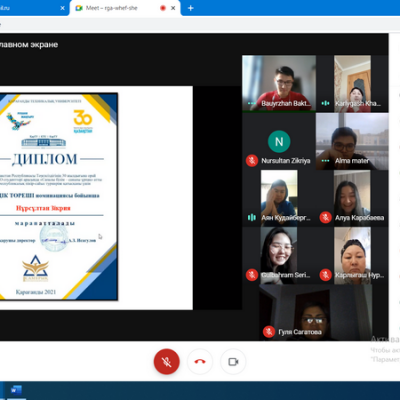 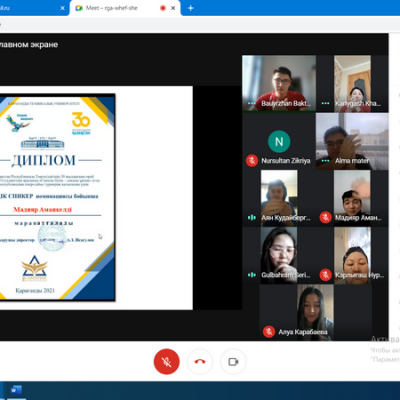 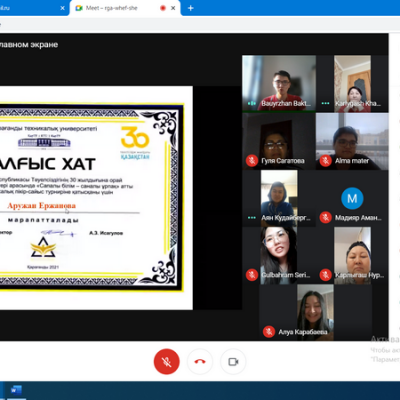